696,899 Laoidhigh members around the world 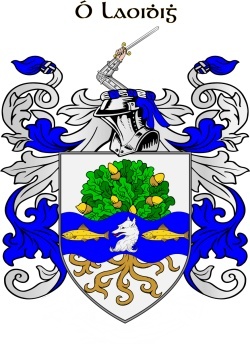 Design your own Laoidhigh Family Crest

The Lee Surname in England

The surname derives from the Old English word 'leah', meaning a clearing in a wood. It became popular in England after the Norman Conquest of 1066, when Normans took over much of the land that had previously been in the possession of Anglo-Saxon nobles, and who, as per their custom, adopted the names of the English estates they acquired.

Among the earliest recorded Leigh/Lee families were the Lees of Darnhall, Cheshire as well as the Leghs (another form of the name) of East Hall in the same county who appear to have been descended from an Efward de Lega who lived at around the time of the Norman Conquest.

As a place name it dates from pre-Conquest times and there are over 19 villages or towns of that name or which derive from it, including Hughley in Shropshire which was named after a twelfth century Hugh de Lea.

A variation of the surname is Lye. A Sir Edmund Lye was an Elizabethan seaman who took part in the fight against the Spanish Armada.

The Lee Family in Ireland

Ó Laoidhigh, a surname which means 'poetical', was anglicised early as O Leye and later as Lee, and found early in Connacht. Another sept, or family division, was located in counties Cork and Limerick. A variation of the name,
Mac Laoidhigh, was an ancient sept of county Laois.

There are also several families in Ireland of Mac An Leagha, meaning 'son of the physician', which was used, to make matters more complex, by the (Mac) Donleavy family as an alias! (P. Woulfe, 'Sloinnte Gaedheal is Gall' 1923). Of renown were the Connacht septs, one being the chiefs of Ui Briuin Eola, also of Annadown, who were hereditary physicians to the O'Flahertys.

In the 15th century a learned member of this family translated into Irish a Latin treatise on medicine, which originated in the arabic lands. This book is in the Royal Irish Academy's library.

In William Petty's 1659 'Census' we find Lee as a 'Principal Irish Name' in Co Cork in baronies: Kinalmeaky, Leaue (6 families); and in Carbery East, Leagh (26 families) and Carbery West, Leah & Leagh (20 families). The name must be distinguished from Leahy/Leaghy (Ó Laochdha) which is also found in the 1659 'Census'.

The Lee Surname in Wales

Many of the Welsh Lees came to Wales from England, or Ireland, during the industrialisation of the country in the nineteenth century. However, there are other Lee families who are descended from a Romany family, in particular from brothers called Sampson and Elijah Lee, two of the 13 children of Sam Lee who had been born in Gloucester in 1805. One branch settled in south Wales, while another branch settled in the north.

Tell us about any famous Laoidhigh (or surname variant) you think we should add here. We will get our genealogists to check them out and add them to the list. Thanks!

Join the conversation with the Laoidhigh tribe

Hello I am trying to find relatives of my great grandad Adolphus Lee born Middleton, Cork 1875. Thanks

I am looking for James Lee from Galloway, Ireland . Born in 1704 possibly immigrated to Massachusetts in 1720 possibly on a Steamer possibly called Parana .

Hi My fathers family were Lees from the Crumlin, Rathfarnaham areas in Dublin .I had two cousins call Terry(Terance) and Philip Lee they lived in Ballyfermot. Looking for any info Thanks

Looking for information about my great great grandfathers family. His name was James J Lee ans he was born in Galway, Ireland in November of 1863. Came to the U.S. and lived in New York State, Monroe county.

Hi, I am from the Buffalo New York area. I am looking for the Lee line. I have Michael Lee born in 1859 in Buffalo. His father was Thomas Lee. His mother was Katherine Howes. They came down from Canada, I believe his mother may have been born there. they lived in Ohio before settling in Buffalo.

Areas of Origin for Laoidhigh

Write an email address and click 'Invite' to share this page with more members of the Laoidhigh tribe.

Discover where the Laoidhigh Family members live around the world

Show off the Laoidhigh Family Crest…